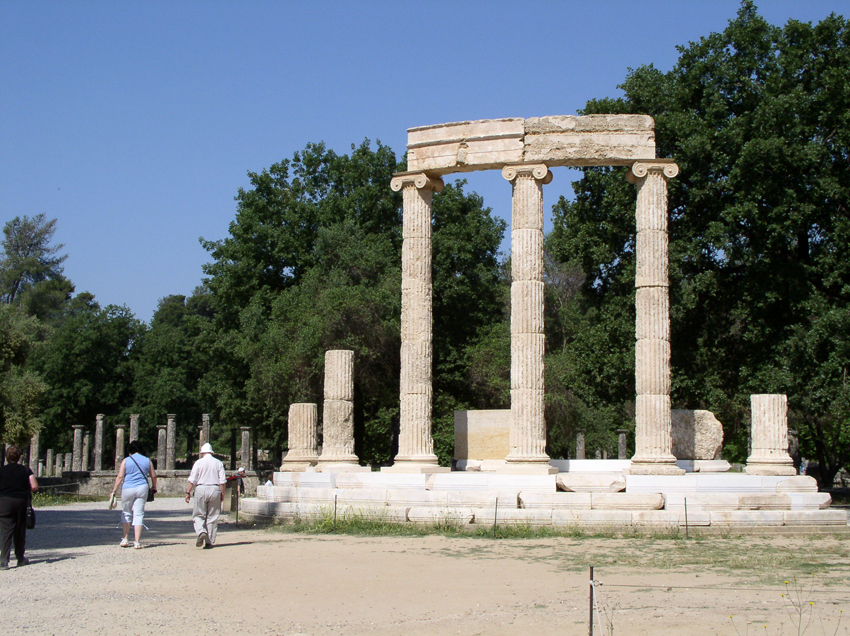 In western Peloponnese, in the beautiful valley of the Alpheios river, lies the most celebrated sanctuary of ancient Greece. Dedicated to Zeus, the father of the gods, it sprawls over the southwest foot of Mount Kronios, at the confluence of the Alpheios and the Kladeos rivers, in a lush, green landscape. Although secluded near the west coast of the Peloponnese, Olympia became the most important religious and athletic centre in Greece. Its fame rests upon the Olympic Games, the greatest national festival and a highly prestigious one world-wide, which was held every four years to honour Zeus. The origin of the cult and of the festival went back many centuries. Local myths concerning the famous Pelops, the first ruler of the region, and the river Alpheios, betray the close ties between the sanctuary and both the East and West.

The sanctuary continued to function during the first years of Christian rule under Constantine the Great. The last Olympic Games were held in 393 AD, before an edict of Theodosius I prohibited all pagan festivals. In 426 BC Theodosius II ordered the destruction of the sanctuary. In the mid-fifth century AD a small settlement developed over the ancient ruins and the Workshop of Pheidias was transformed into a Christian church. In 522 and 551 the ruins were devastated anew by earthquakes, the Temple of Zeus being partially buried. In subsequent centuries the Alpheios and the Kladeos overflowed and together with landslips from Mount Kronios buried the site deep in mud and sand. Olympia remained forgotten under a layer of debris 5-7 metres deep. The area was dubbed Antilalos and it is not until 1766 that the ancient sanctuary was re-discovered. 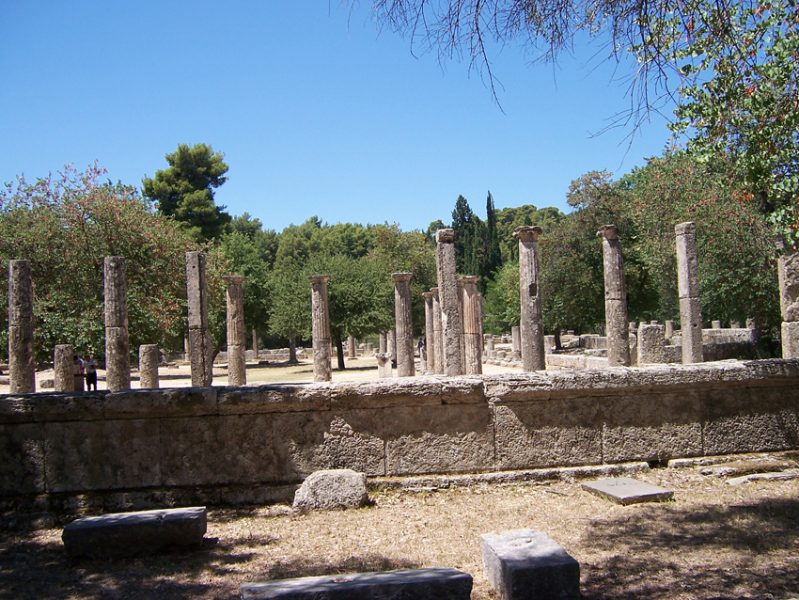 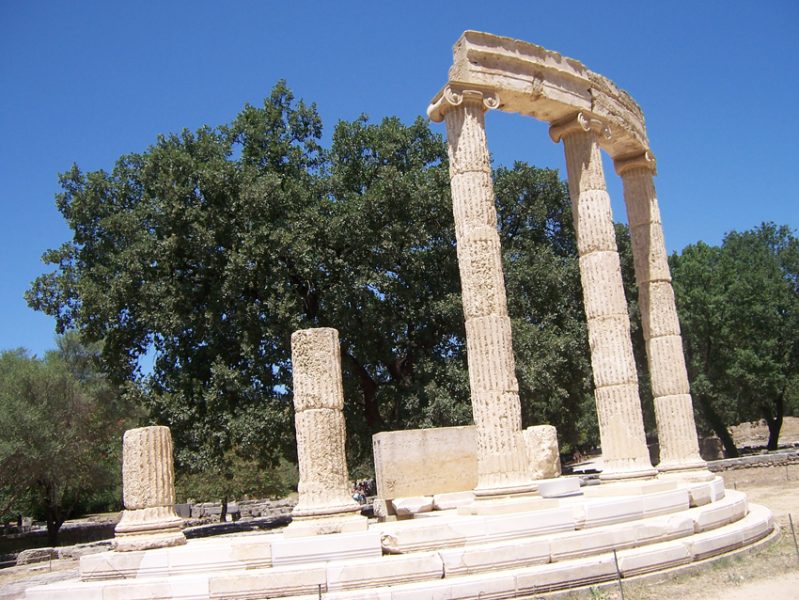 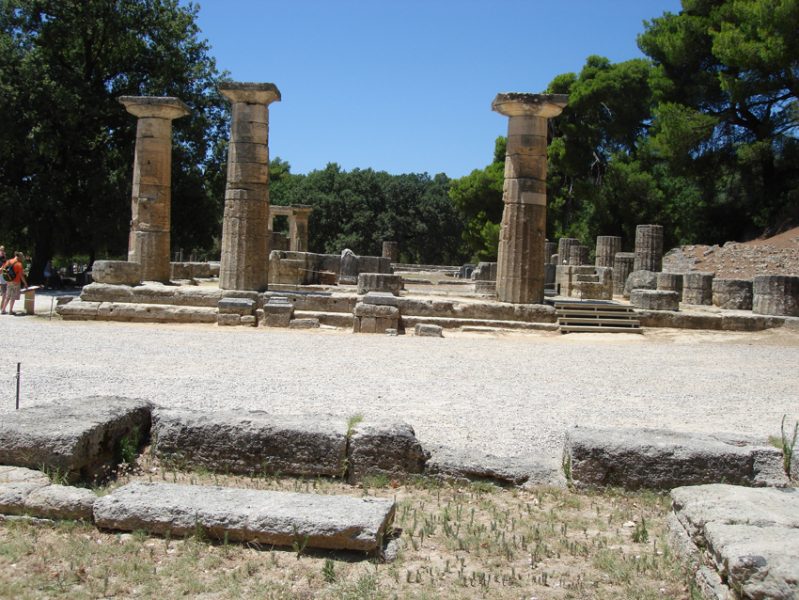 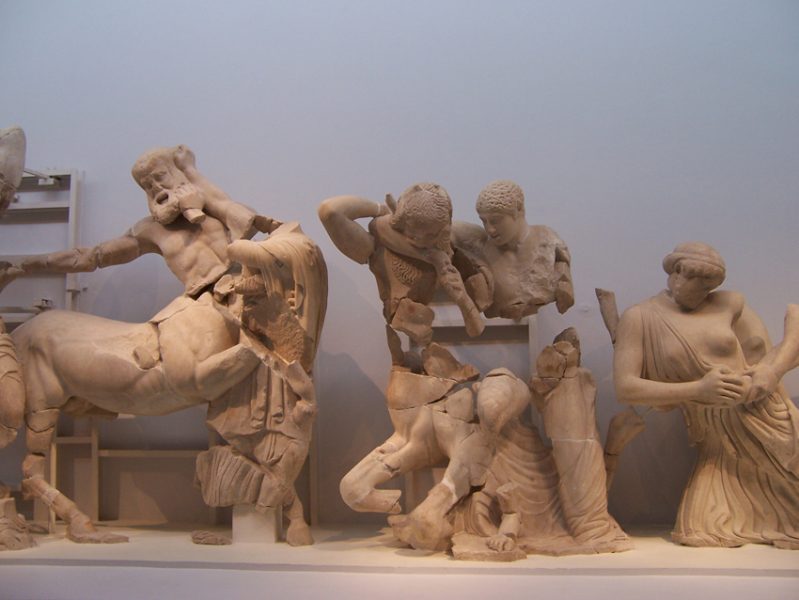 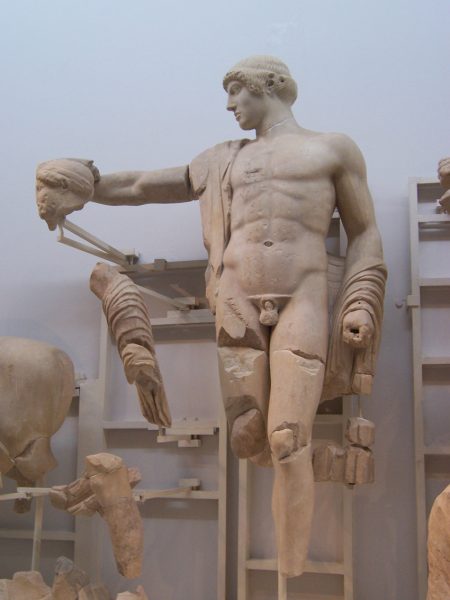 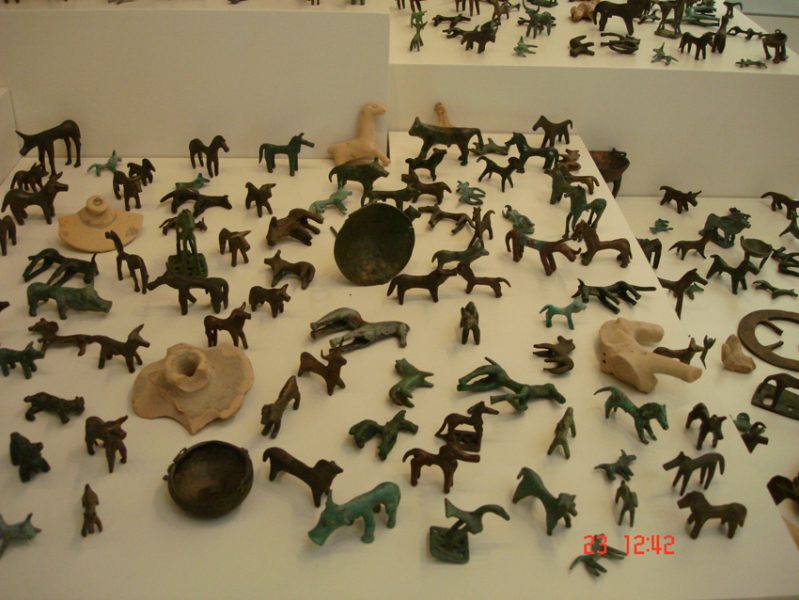 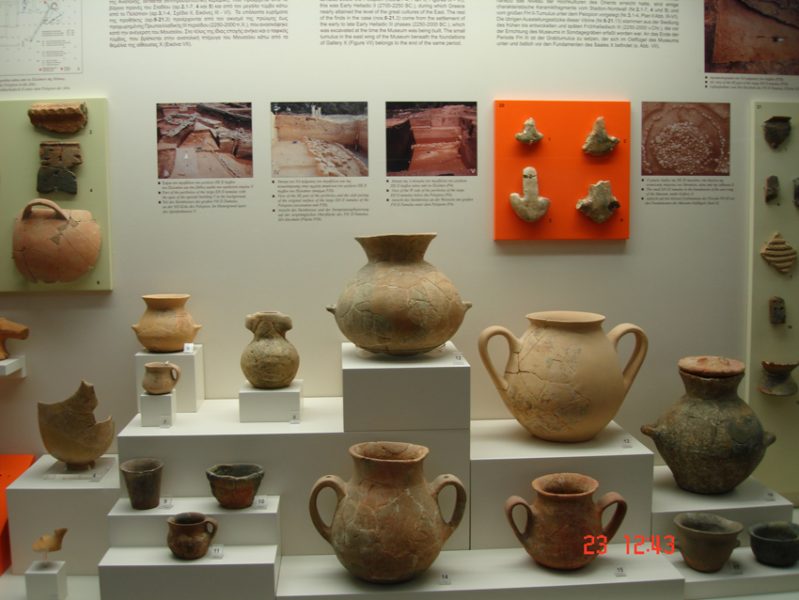 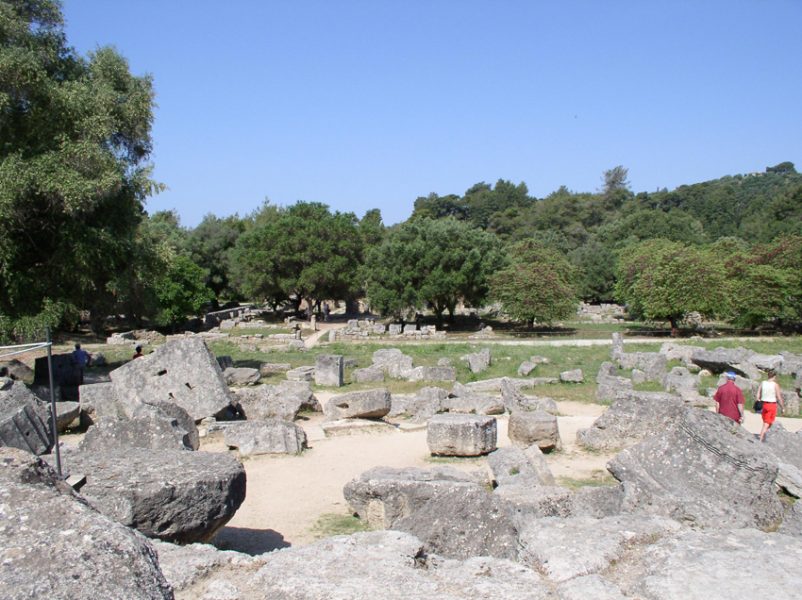 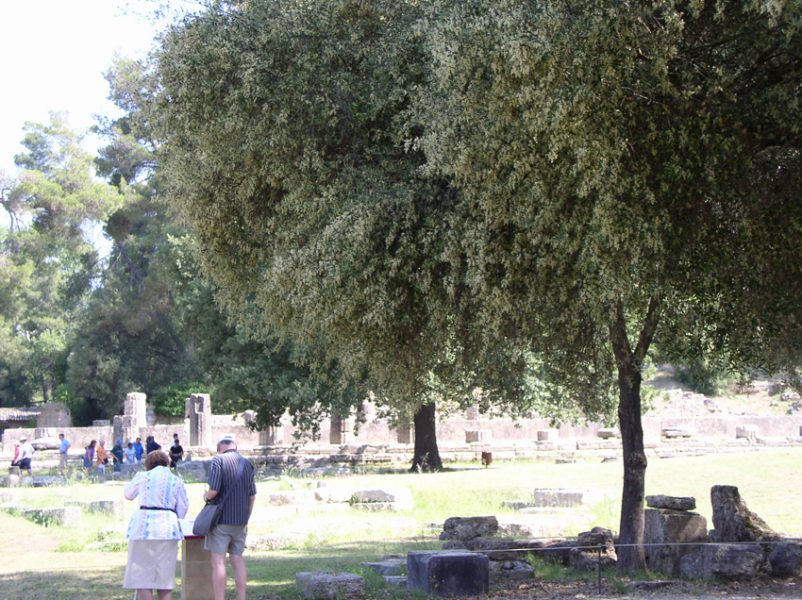 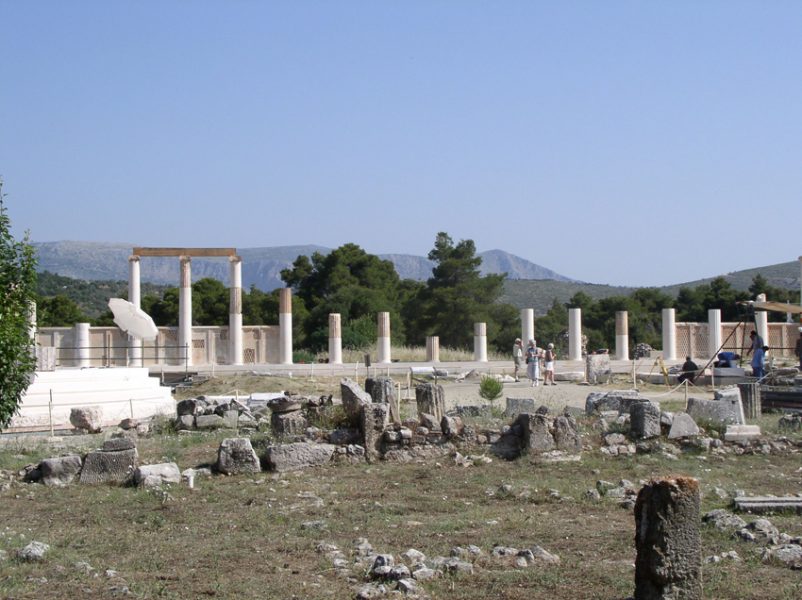