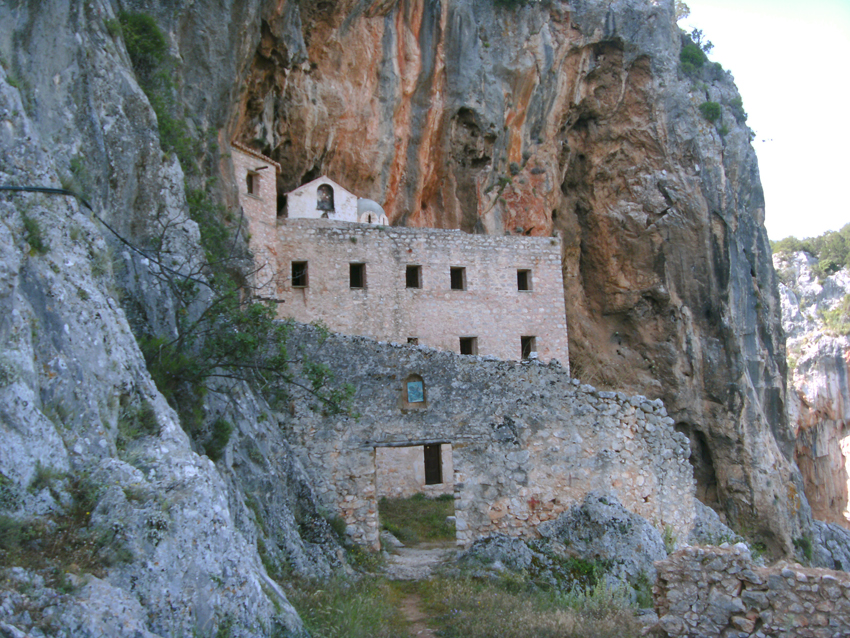 The Avgo monastery which is located in the steep slopes of mount Avgo (Greek Αβγό, translated to “egg”) was built in the 14th century and is considered to be a hymn, a true achievement of man’s faith. It is located in the southeastern region of Argolida  near Pelei village and is built literally on the edge of cliff, offering a magnificent view of the Rados river’s big canyon.

There are quite a few rumours regarding the abandoned monastery’s name but the most probable one is that it owes it to the mount (it is bald like an egg), upon which it is built. However, the local legend spreads from mouth to mouth and offers a different interpretation of the story. It refers to two mothers who had given birth to two paralytic infants and while approaching the site, prior to the monastery’s building, saw a vision of the Virgin herself who told them that if they would throw their babies from the rocks, they would walk again. The first woman did as instructed by the Virgin with no hesitation and her child not only survived from the fall but managed to walk. However, the second woman decided in disbelief to throw an egg towards the rocks. Anticipating that the egg was still intact after the fall, she decided to throw her infant as well; inexplicably, it died a painful and tragic death 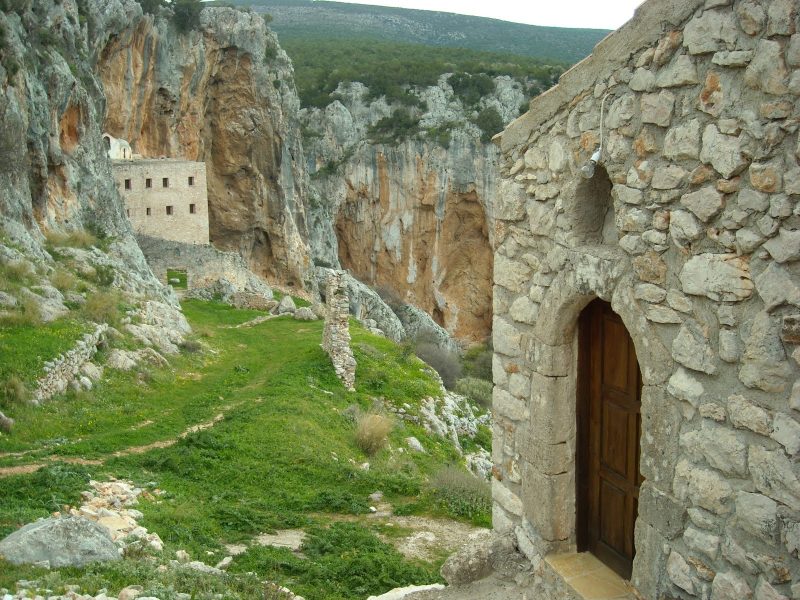 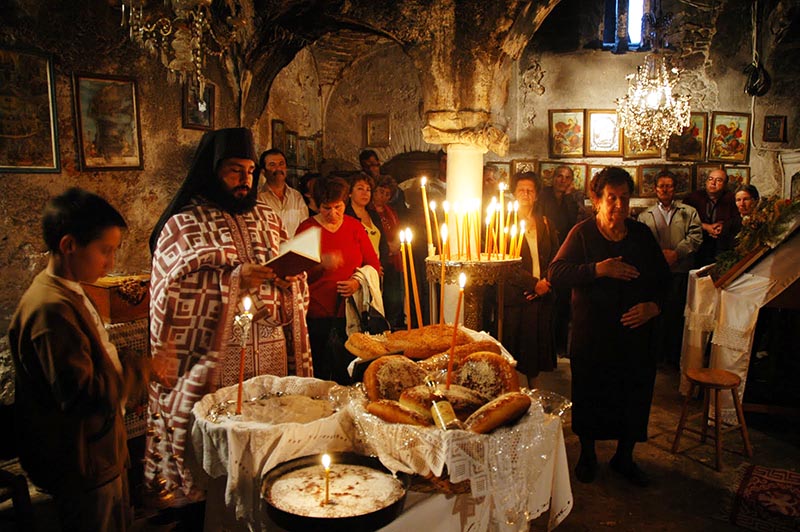 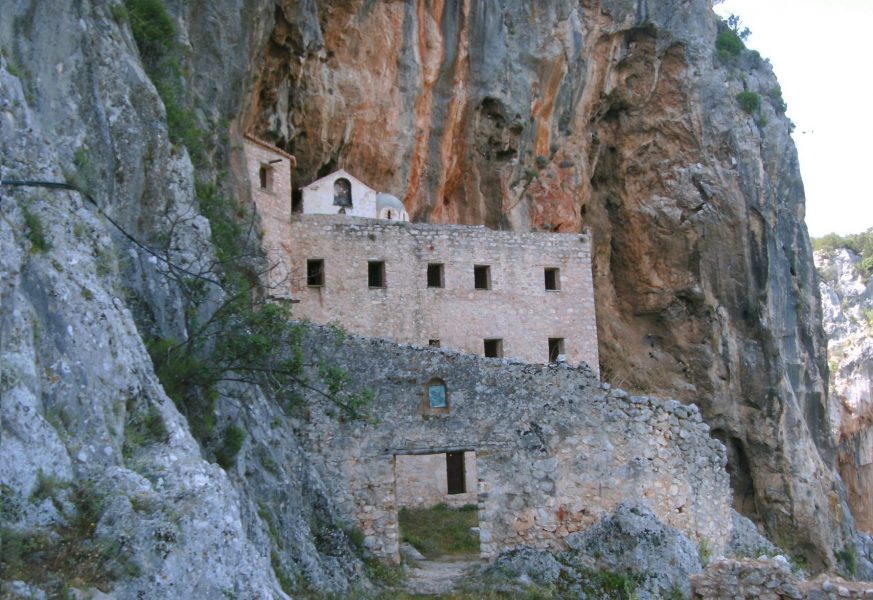 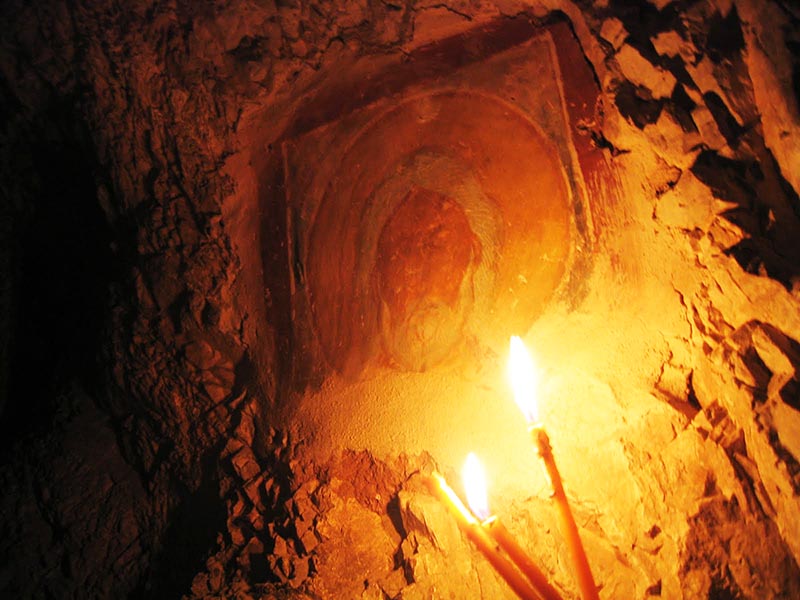